I bought a used M3 for my return to film photography around the same time that I refreshed my eyeglasses. My prescription runs about $900 for new frames with all the bells and whistles: progressive high index lenses to handle the high correction for my prescription, anti-glare and scratch protection coatings, and transition sun glasses.

The only option I could find was a plastic snap-on Eyeglass Guard for the viewfinder from DAG Camera Parts. ButI still had the distracting sound of my glasses contacting the viewfinder. I wanted something that was quiet (no distraction) and compressed against my glasses when I buried my eye in the viewfinder.

I have since found a better solution in a future post. 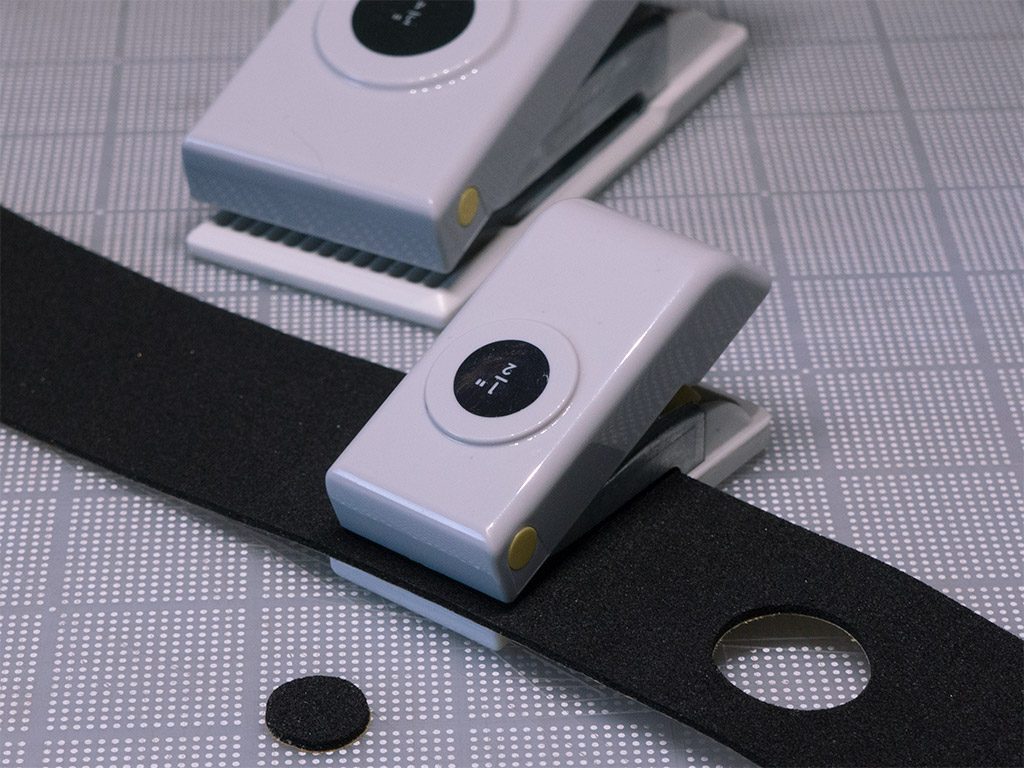 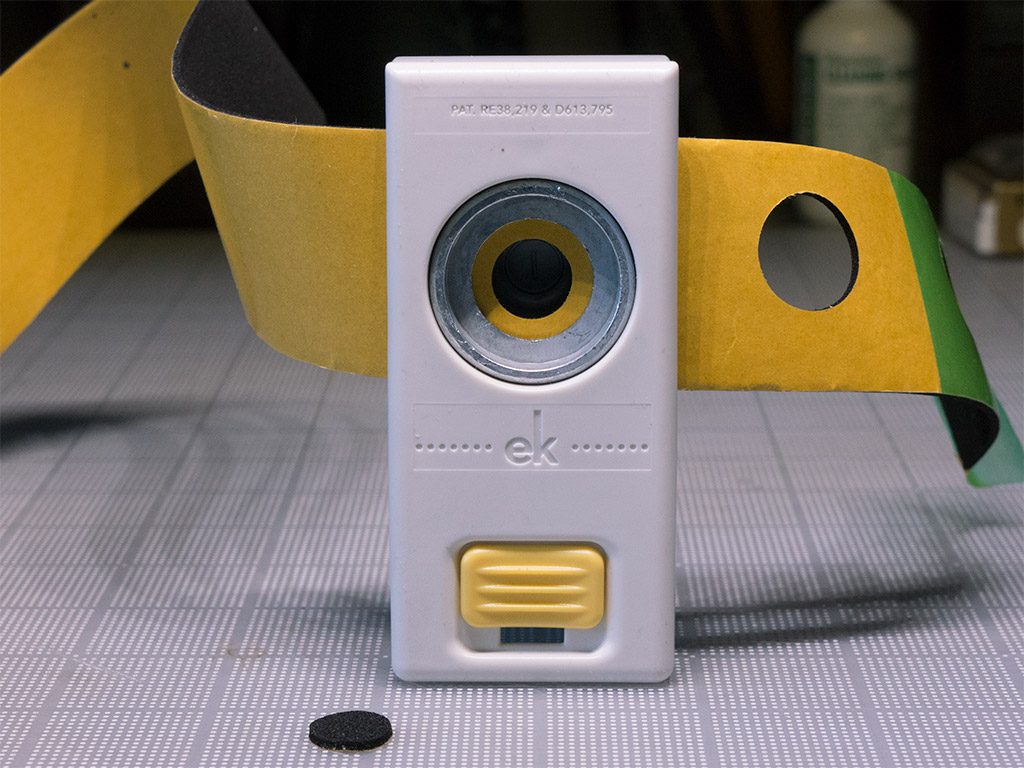 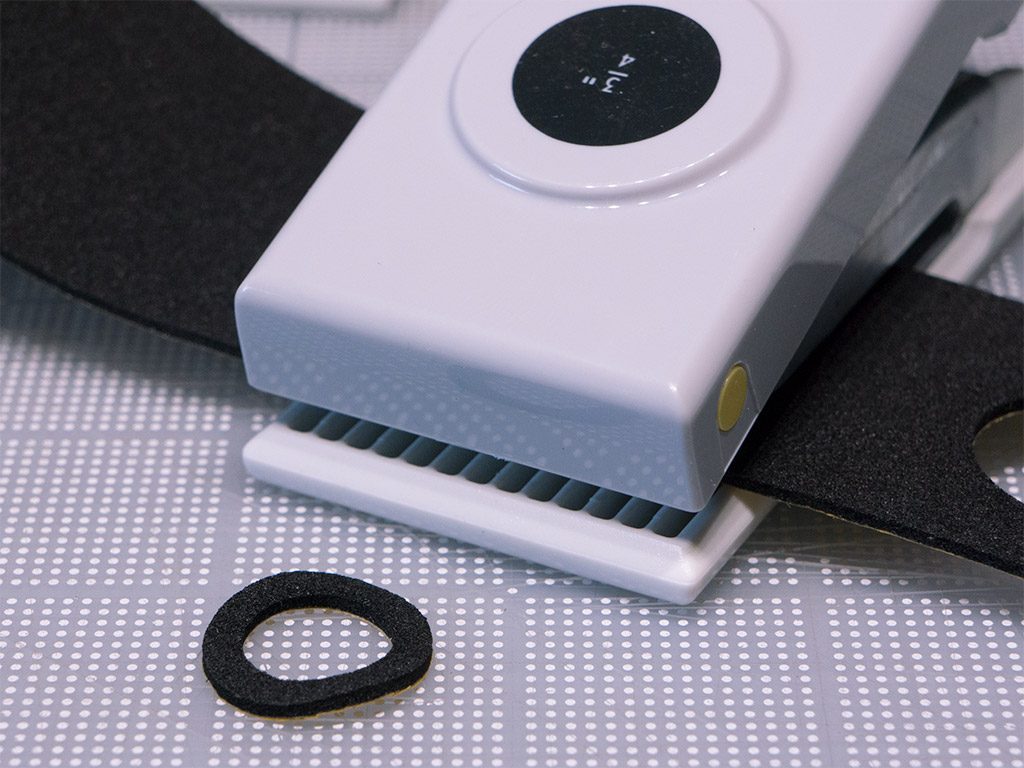 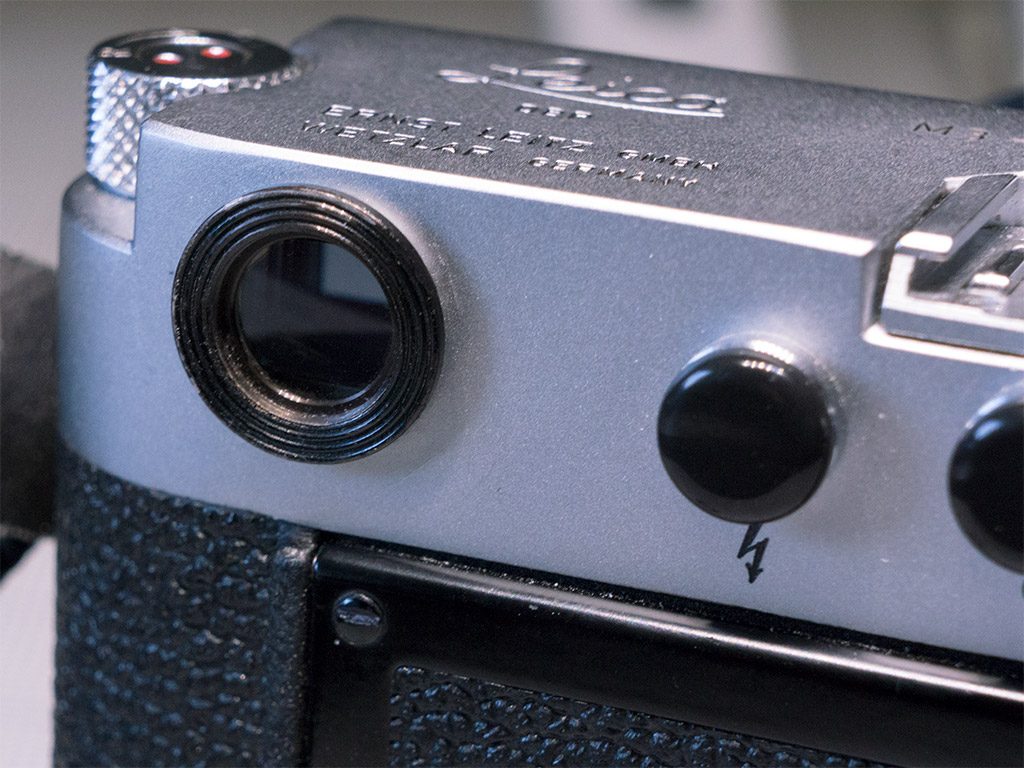 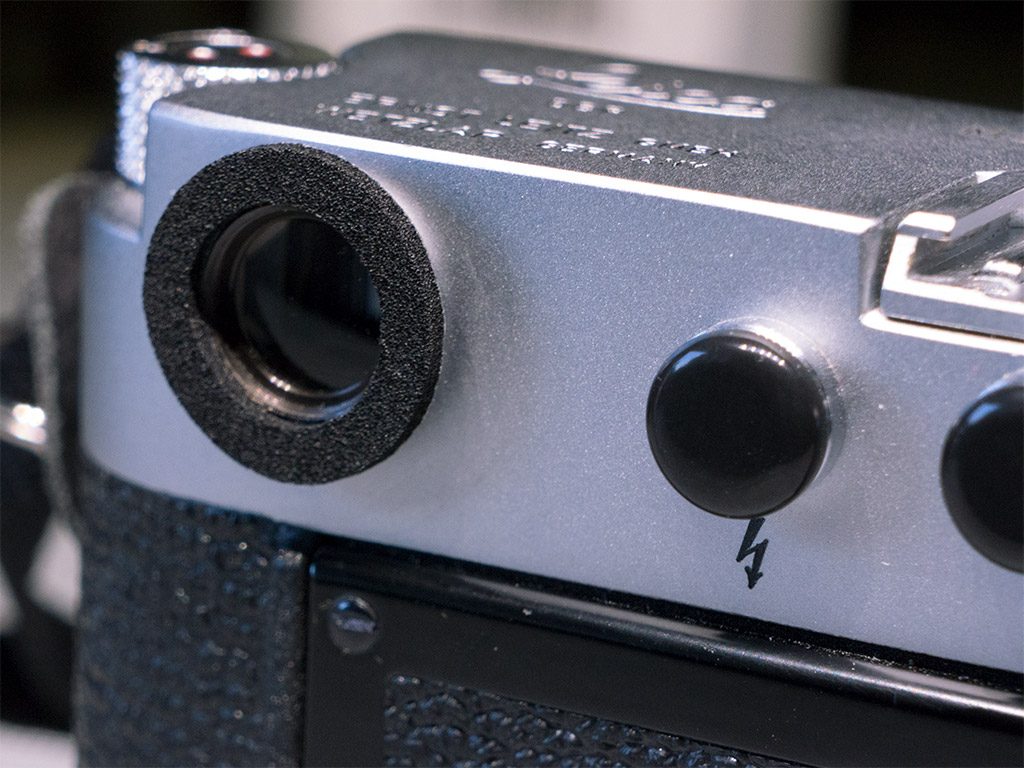 My default reference aperture is f/5.6 because it tends to be where the lens sharpness peaks. I rarely stop down beyond this point but more often than not open up to f/4 and f/2.8 to reduce depth of field. The choice is dependent on my distance from the subject of my image. I find the closer I get to my subject the background detail can become a distraction. Using a wider aperture reduces the focal depth and helps to emphasize the subject. The rendering of the unfocused background is called Bokeh—whether it is soft and luminous, or contrasty and harsh—a characteristic of the lens optics. More importantly certain images demand the background to be out of focus regardless of the lens characteristics.

In close focal distances, a photograph taken with the aperture set to f/5.6 will have more background detail close to the focus point, while an aperture of f/2 the background will soften helping to isolate the subject from the background. Each aperture on the aperture ring represent a factor of 2 difference. Relative to an aperture of f/5.6, f/4 (open up) doubles the light captured and f/8 (stop down) reduces the light captured by half. I find f/2.8 and f/4 the apertures I use the most on my 50mm lens when I’m isolating the subject from the background. To get to those apertures is a balance of controlling the lighting conditions (Aperture/Shutter Speed) and the film speed (ISO). In general I need to be able to control 2-stops in my photography.

Up to now I have been talking about working in sunlight. Once I move into the shade I can begin to use slower shutter speeds to open up the lens. As the light diminishes I either can use a tripod (not always practical) or select a faster film such as Tri-X ISO 400, which is two stops faster than ISO 100. Ultimately the choice for me is do I load my camera with ISO 100 or 400 film.

I live in a rural area that is part of the Salmon Creek Watershed about seven miles from the Pacific Ocean. Every year Salmon migrate to spawn. Our property connects directly with the creek. Every Winter the ground becomes saturated with the migration of rain water to the creek. As a result we have an engineered septic system. Having a traditional darkroom for processing film and prints is really not practical.

This does not mean that film photography is totally out of the question for me. In the past, my whole approach to film was an attempt to maximize tonal range in the negative by coordinating exposure in the camera with custom development of the film in the darkroom. With today’s software tools it is possible to create a hybrid (analog/digital) workflow. Commercial photo labs are used to develop film allowing the use of older film cameras. You can have them digitize the film with a film scanner, or you can do it yourself. I chose the latter because it gives me the most flexibility to control the tonal range of the negative similar to development in the darkroom. Scanning the film yourself also gives you control over dust, scratches, and imperfections when using good software such as SilverFast Archive Studio 8. Finally, the darkroom printing stage is replaced by image editing software such as Adobe Photoshop or Adobe Lightroom. I’ve been using Photoshop since 1990 so the choice is a no brainer for me.

Here is my first example of the hybrid process. It illustrates the three steps in recovering a damaged Ektachrome slide from 1974. The image shows my grandfather, Everett Vinyard, on his 1943 2-cylinder John Deere tractor working a 40-acre field of beans backlit by the morning sun. There is a large spider web damage in the emulsion above his shoulder. Combined with an Epson V850 scanner, the SilverFast software allows for an additional IR channel scan to identify dust and scratches. This imperfection is a true test. Enough of the imperfection was removed through the IR channel that I was able to retouch the remainder quite easily in Photoshop.

In my previous post I showed my recently purchased used 1961 Leica M3 35mm camera and my soon to be sold Nikon Perspective control lenses. It is important for me to return to film photography for a number of reasons, but ease of use may not seem to be one compared to today’s digital cameras.

Edward Steichen once said, “No photographer is as good as the simplest camera.” I interpret that to mean that image content is and should be independent of the camera. The photograph is a representation of the interaction of subject and object. The negative is the verb representing whether it is transitive (experienced) or intransitive (observed) event.

The question is, “Which is the subject and which is the object?” Grammar would say, I (subject) photographed (verb) the scene (object); i.e., the object is the entity acted upon. It seems to me that the very need to take a photograph represents the other acting on the photographer. We can experience our world completely our entire life and never take a photograph. I know people who take photographs with their digital phones and rarely, if ever, look at them again. These are important photographs because they demonstrate that something in the environment has caught the attention of the one taking the photo. In other words, the photographer is the entity being acted upon through their experience of the world around them.

I would also argue that Photography as Art is more along the lines of the grammatical photographer as subject. The intent of their photography is the photograph as object to be consumed as point of view—a purposeful object to represent an idea or experience to be shaped to that idea.

Digital differs from film in that there is no intermediate physical negative component.

My Back To The Future Moment.


It’s times like these that I look to the photographic process for some sanity. I truly ache for the mental health of this country. We are like positive and negative charged particles being sucked into a black hole consuming all empathy and compassion and leaving only petrified ideological self-righteousness. In the seventies, I turned to photographic process to salvage my mental health in the midst of a busted marriage. Now it’s a busted republic of polarized points of view.

The only thing that I can do is turn my thoughts to my core beliefs.

Do not dwell in the past, do not dream of the future, concentrate the mind on the present moment.

We are shaped by our thoughts; we become what we think. When the mind is pure, joy follows like a shadow that never leaves.

Take a walk with a camera and a normal lens. Clear your mind of everything but what you encounter. Shapes emerge from the light and shadow. From those shapes find form through composition that satisfies a feeling or idea. It’s as simple as that. Keep the tools simple so that the connection is most direct. Your choices boil down to composition, aperture and focus. For this reason a tradition manual camera helps to simplify the process. Take it one step further and remove the light meter and the camera functions without a battery. Master photographers understand light in their encounters in such a way that they intuitively know the exposure.

It was fortunate that the Spring Equinox happened so close to the launch of this site. It gives me an opportunity to demonstrate how I have used the I-Ching over the years. The I-Ching is often referred to as an oracle or divination. However, I think it’s wrong to approach the 64 possible outcomes with […]