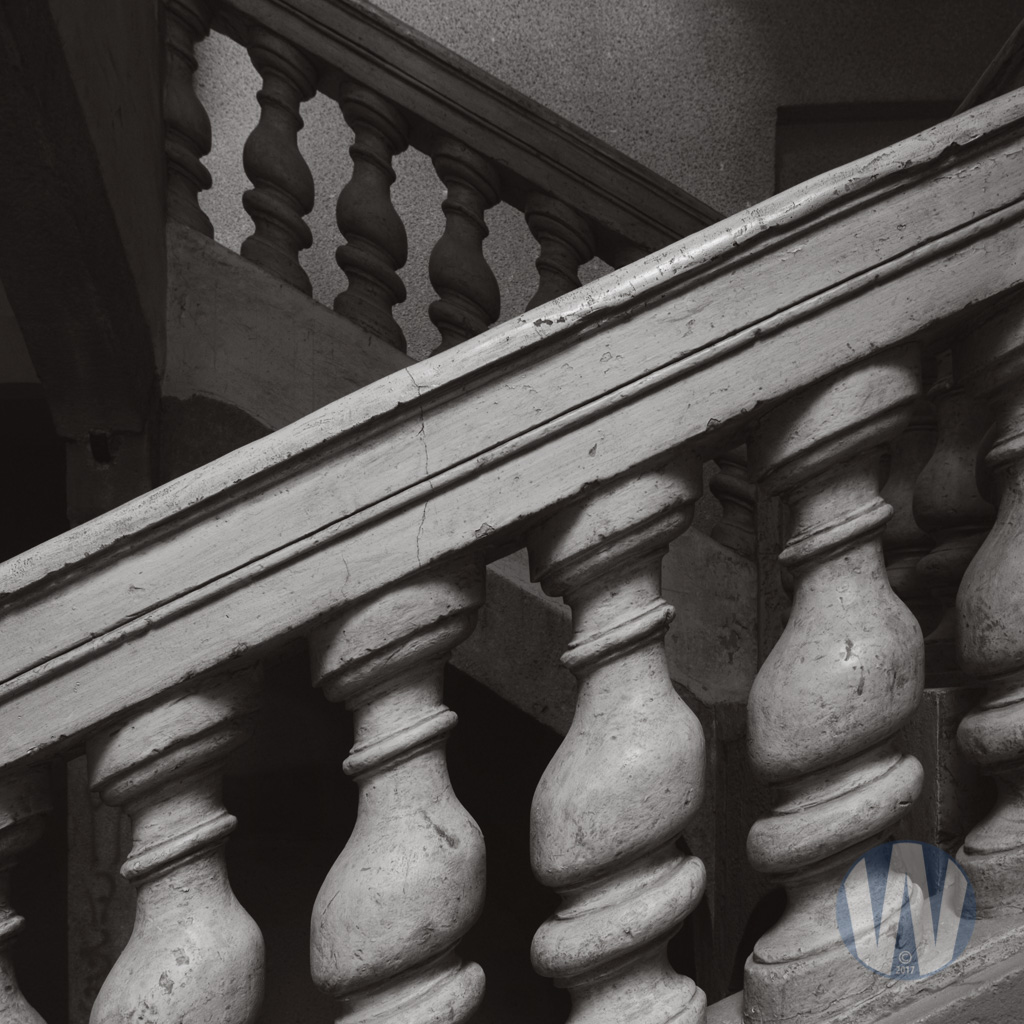 Jian means gradual, developing gradually, or progressing step by step. Wilhelm translates Jian as Development (Gradual Progress). Blofeld also translates it as Gradual Progress. here I adopt the term Developing Gradually. The ideograph of Jian consists of three parts. Jian was the name of a river whose fountainhead lay in the mountains in central China at a place called Dan-yang in the kingdom of Zhou. The Jian river crossed the vast area of central China and gradually became vast itself as it flowed east to the ocean. the ancients chose this river as a symbol of gradual development. The left part of the ideograph is the sign for water, which looks like the primary gua Water turnee vertically. the central and the right images put together provide the sound of the character Jian.

Sequence of the Gua

The structure of the gua is Wood above, Mountain below. It denotes a tree that is growing gradually to its height on a mountain. When the trunk of a tree grows upward above the ground, its roots develop deep underneath the earth. The progress of upward and downward growth are in positive proportion. In this way, the tree remains strong, firm, and stable. This is the wisdom of nature. Weeds grow fast; they are neither strong not stable.

In the text of the gua the analogy of a marrying maiden describes a gradual process of development. In ancient China, before the wedding of a couple there was a process of several ceremonies. First, there should be a proposal. After an agreement was reached, both presented betrothal gifts to each other, and then a ceremony of engagement was performed. These ceremonies proceeded gradually. In this gua, from the second line to the fifth line, every line is correct in its placement. It symbolizes the pureness and correctness of the maiden’s virtue. there is good fortune. In the Yao Text, the landing of a swan at different places is used to demonstrate the process of gradual development.

Developing Gradually.
The maiden is given in marriage.
Good fortune.
Favorable to be steadfast and upright.

Commentary on the Decision

Developing Gradually,
Good fortune to the maiden given in marriage.

Progressing will make the place proper;
Going forward, there is merit.
Advancing in what is correct,
One is able to rectify his country.

About his place,
It is firm and central.
Keeping still with gentleness,
This makes the forward movement without ending.

Commentary on the Symbol

On the mountain, there are trees.
It is an image of Developing Gradually.
In correspondence with this,
The superior person lives a life of virtue
And improves the morals and mores of his people.

Developing gradually.
The swan approaches the shore.
Little fellow: adversity.
There is gossip; no fault.

The adversity of the little fellow.
He should not be at fault.

This gua indicates that after a period of keeping still there is opportunity to advance. In advancing, one should move gradually. Here the image of the growth of a tree is used to expound the truth of development. Any kind of development should proceed in an orderly way and advance step by step. the ancient sages took the idea of the marriage of a young maiden as an example. She is going to marry, but she has to wait until the appropriate time arrives. True love, mutual understanding , and a harmonious relationship takes time to cultivate. They develop gradually and steadily step by step. So the Decision says, “Good fortune. Favorable to be steadfast and upright.” There are tow hosts inn the gua—the yielding line at the second place, the maiden, and the solid line at the fifth place, the prospective husband.

During King Wen’s sitting in stillness he considered the rise of his kingdom. It grew up and developed gradually. He realized that he was appointed to a mission to manifest the will of Heaven, as a maiden is given to a husband. It was the will of Heaven asking him to remain faithful. The Duke of Zhou uses the image of a swan to show the orderly progress of the Kingdom of Zhou. When swans fly, they follow one another in order. they come and go according to the seasons. Likewise, the Kingdom of Zhou would move forward in proper sequence, as a swanfrom the water approaching the shore, the cliff, the plateau, the tree, thehill. Eventually it flies high in the sky, and its feathers that fall can bring a touch of the sacred to others.

In Chinese, when the character is pronounced bao, it means shelling or pereling—for instance, shelling peas or peeling bananas. When it is pronounced Bo, it means decaying, corroding, or falling away. Applied to a mountain, it signifies a landslide. In human society, it symbvolizes a process of declining, or the falling away of a social system or moral standard.

Sequence of the Gua

When adornment becomes excessive,
beauty comes to an end.
Thus, after Adorning,
comes Falling Away.

The structure of the gua is Mountain above, Earth below.The nature of a mountain is to stand high above the Earth. Here it lies on the ground, having fallen. There is only one solid line at the top of the gua; the remaining five lines are all yielding. The firm rest on the soft; obviously the foundatiuon is not solid. All the yang elements have been nibbled away by the yin, one after the other. Now the five yin are approaching the yang at the top. they are strong enough to cause the moral degeneration of the yang.

Falling Away.
Unfavorable to have somewhere to go.

Commentary on the Decision

Falling Away is decaying.
The yielding want to change the firm.
Unfavorable to have somewhere to go.
Little fellows are growing and extending.

Act in accordance with the situation and keep still.
Contemplating the image,
The superior person comprehends
The alternation of increase and decrease.
Also the alternation of fullness and emptiness.
It is the Tao of Heaven.

Commentary on the Symbol

Mountain erodes close to the Earth.
An image of decaying and Falling Away.
In correspondence with this,
That which is above becomes benevolent to those below
As if building houses on solid foundations.

Falling away at the leg of the bed.
Erosion.
Being steadfast: misfortune

This gua displays the principle of the waxing and waning of yin and yang. While the influence of the yin grows, that of the yang declines. When evil runs rampant, it is sure to affect what is good and correct. In the course of history many great empires have decayed and fallen away.

In this this gua, five yin elements are covered by a yang element. Yang is substantial; yin is insubstantial. All decaying starts at the bottom. In the I Ching, Mountain also represents a bed or a house. For this reason, the image of a bed is used to explore different phases of the gua. The host of the gua is the solid line at the top. The five yielding lines are nibbling upward, trying to overthrow the solid. In a decaying situation, the solid stands firm; it is the only fruit that remains uneaten.

The gua related that, after victory, decay in life and laxity in discipline appeared in the newly established Zhou dynasty. King Wen instructed that decaying and falling away was unfavorable for the new dynasty’s development. The Duke of Zhou recounts different kinds of decay, developing from less serious to more serious cases. However, the central government represented by King Wen, King Wu, and the Duke of Zhou stood firm. Their influence produced a positive change in the situation. A new cycle began—after the falling away, a turning back followed. Falling Away is one of the twelve tidal gua, representing the ninth month of the Chinese lunar calendar. In the solar calendar, it is October.

Differentiation is the identification of the specific from the general. It can happen biologically—the eye evolves to sense a range of specific wavelengths from the general spectrum of white light. Differentiation is part of survival for all forms of life. In humans, however, it became very complex as the species developed into tribal, agrarian, and urban societies, each with norms based on a core mythology to maintain stability. These norms enable societies to develop a cultural … END_OF_DOCUMENT_TOKEN_TO_BE_REPLACED

The Wayfarer by Bosch 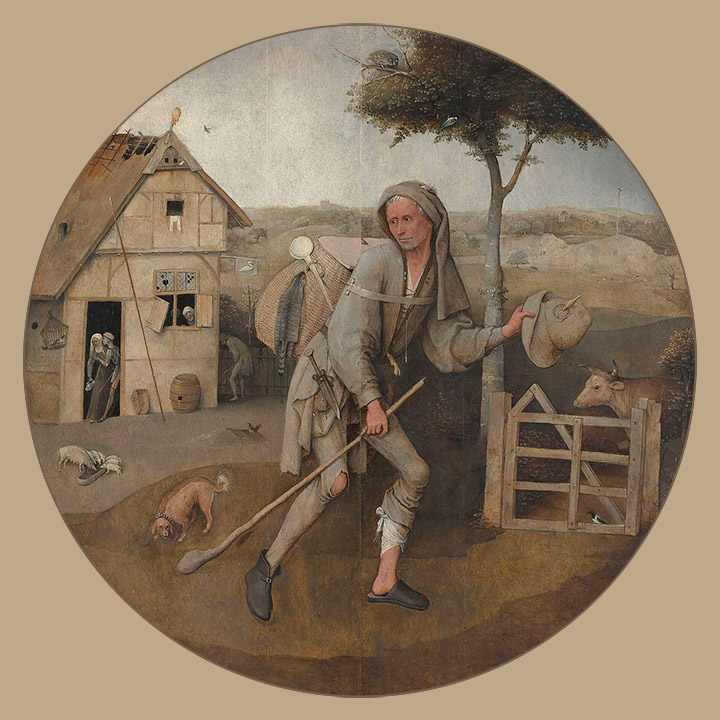 Wisdom of the Daodejing

Existence is infinite, not to be defined. And though it seem but a bit of wood in your hand, to carve as you please, it is not to be lightly played with and laid down.

When rulers adhered to the way of life, they were upheld by natural loyalty. Heaven and earth were joined and made fertile, life was a freshness of rain—subject to none, free to all.

But men of culture came, with their grades and their distinctions; and as soon as such differences had been devised no one knew where to end them. Though the one who does know the end of all such differences is the sound man.

Existence might be likened to the course of many rivers reaching the one sea.